Here you will find posts about special events, festivals, campaigns and actions! 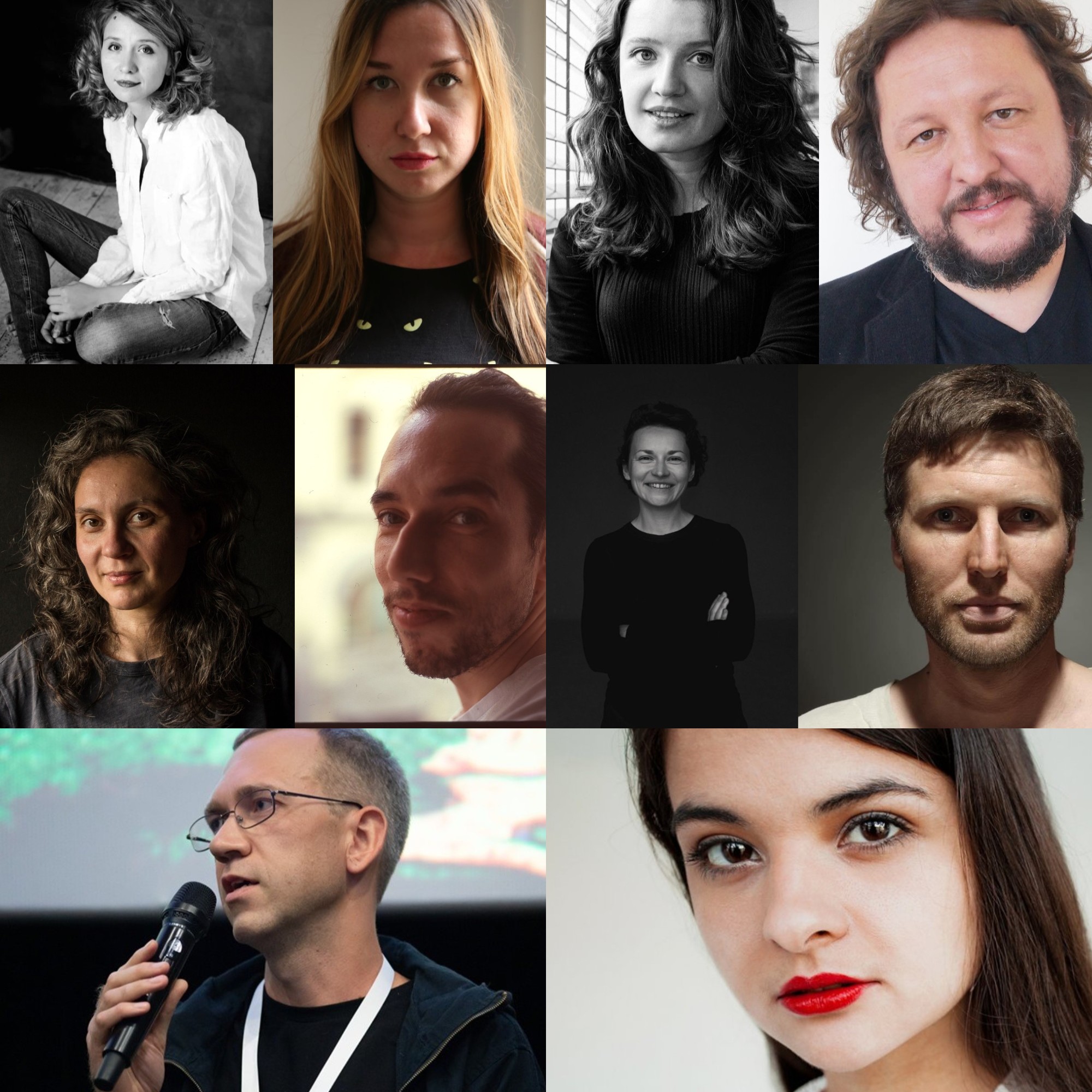 Filmmakers for Refugees distributed the $10,000 cash prize as ten $1,000 micro grants aimed at supporting individuals’ basic needs and/or the continuation of creative projects. Recipients included members of Ukraine’s film and TV community who since the war began have become refugees, enlisted as soldiers, are acting as documentarians of war crimes or have otherwise seen their life circumstances radically altered 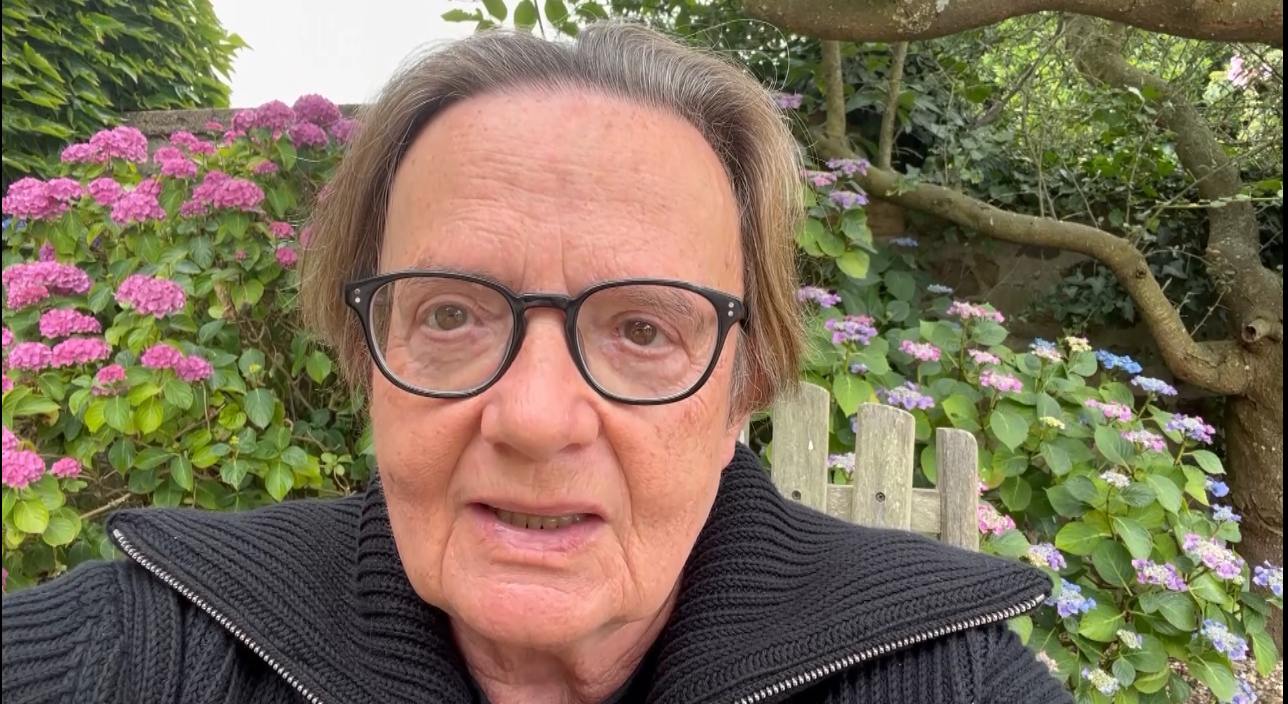 WATCH NOW: A special message from Agnieszka Holland about the Online Charity Screenings on FILMMAKERS-FOR-UKRAINE 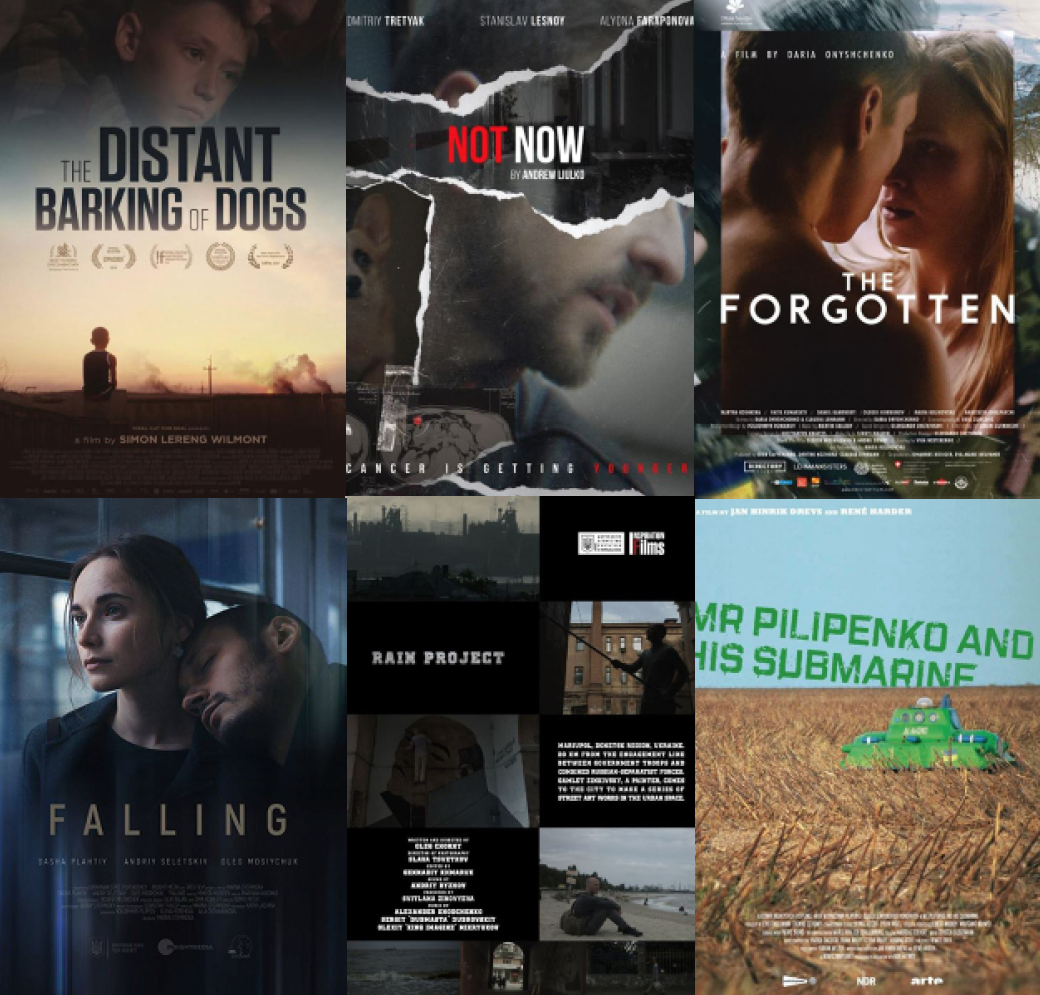 Check out the full program for the Online Charity Screenings starting on Filmmakers-For-Ukraine on Thursday, 14. July

Discussion in London: Sexual violence as a weapon in Russia’s war against Ukraine

London, Saturday 26 November, 16:00. A discussion on the use of sexual violence in Russia’s war against Ukraine and what needs to be done to bring the perpetrators to justice is co-organised by the Ukrainian Institute London, Birkbeck, University of London, SEMA Ukraine, International Council of Polish Women+ and Cambridge Families for Ukraine. 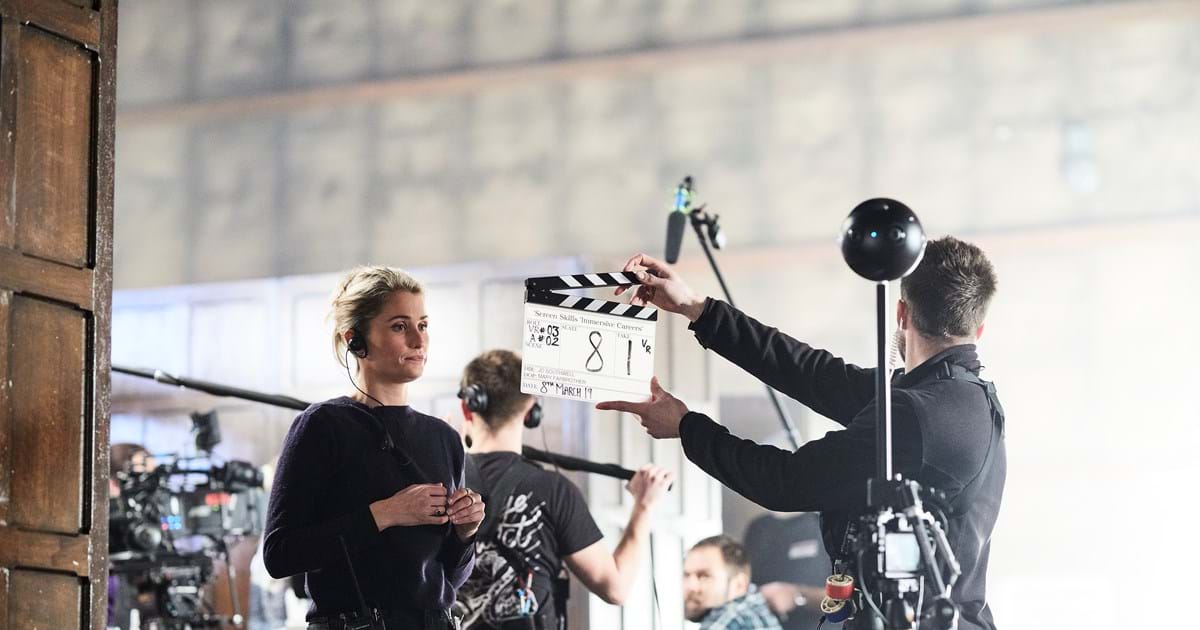 Screenskills, the organization responsible for training schemes to increase the film & TV workforce in the UK, is joining forces with FfU for an event on Zoom aimed for Ukrainian film professionals. Here you will find all the details 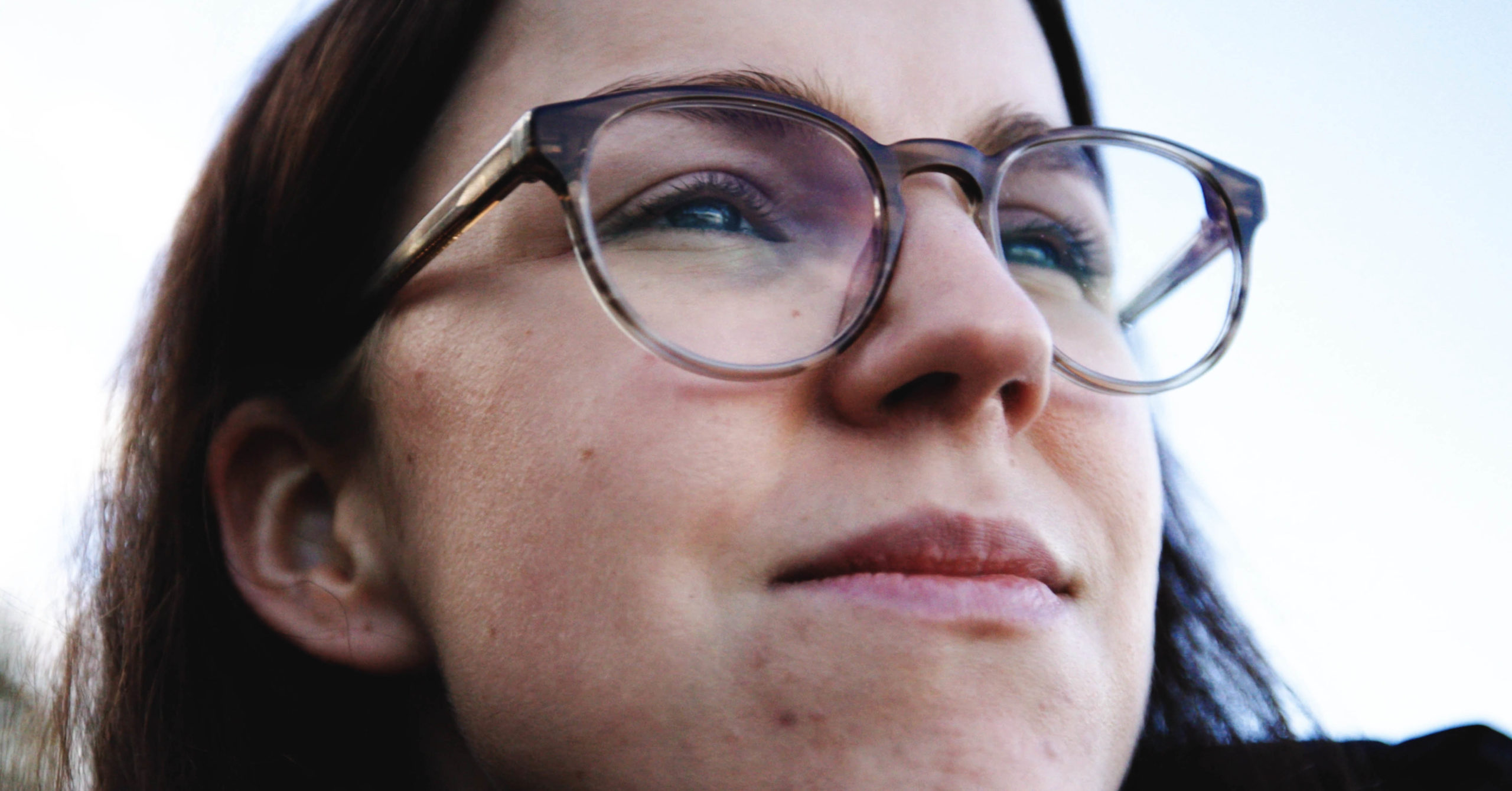 SIBS FILM – Watch how a Ukrainian coffee shop became the stronghold of a great community – NOW on the FfU Charity Screenings!

Derek Johnson’s documentary short film is a 15 minute confession pointing out the greatest strength of the Ukrainian people: their incredible sense of community 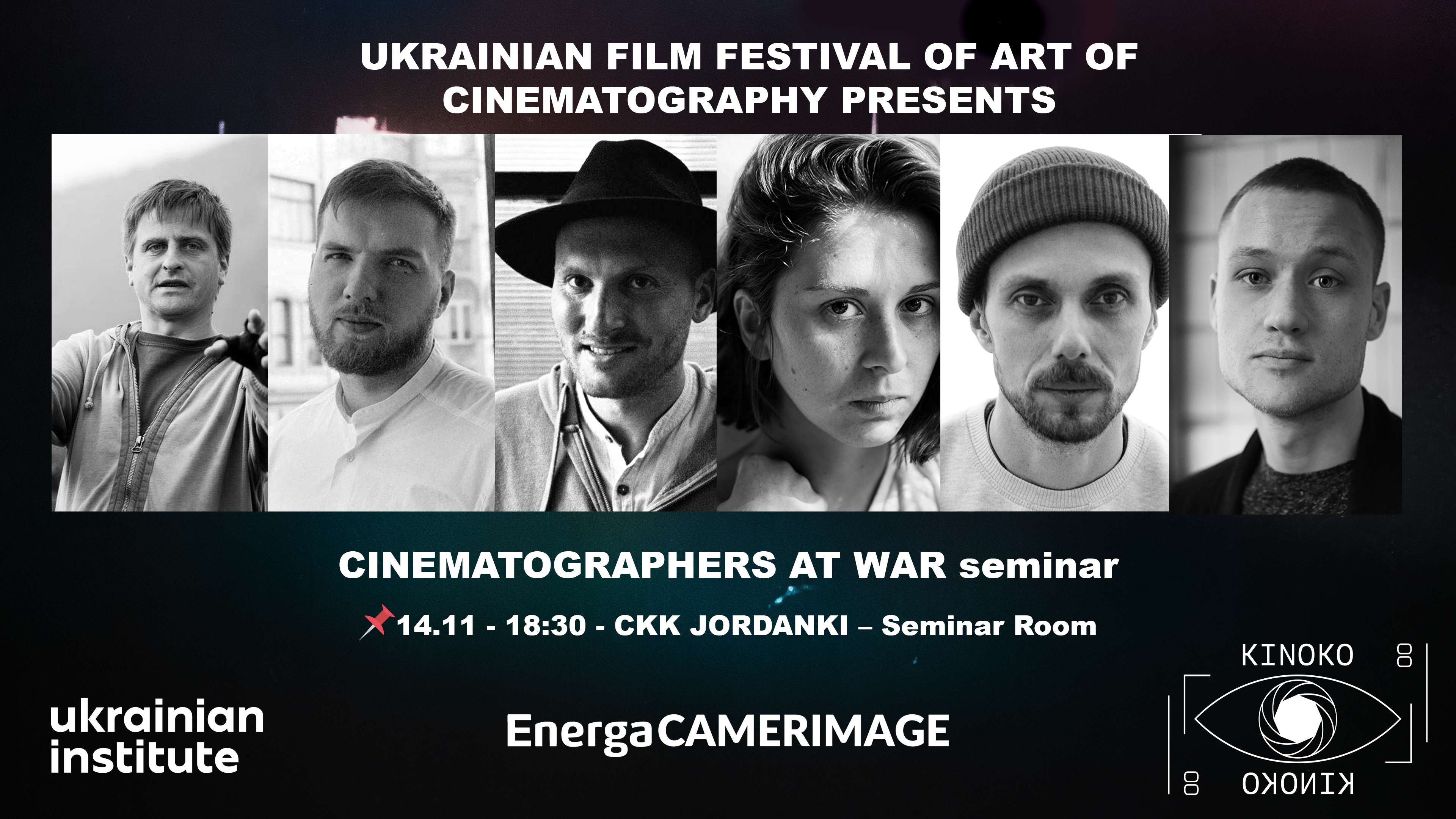 “Cinematographers at war” seminar as part of KINOKO’S special program at the 30. EnergaCAMERIMAGE Film Festival

As part of KINOKO’S special program at the 30. EnergaCAMERIMAGE Film Festival the “Cinematographers at war” seminar will take place. 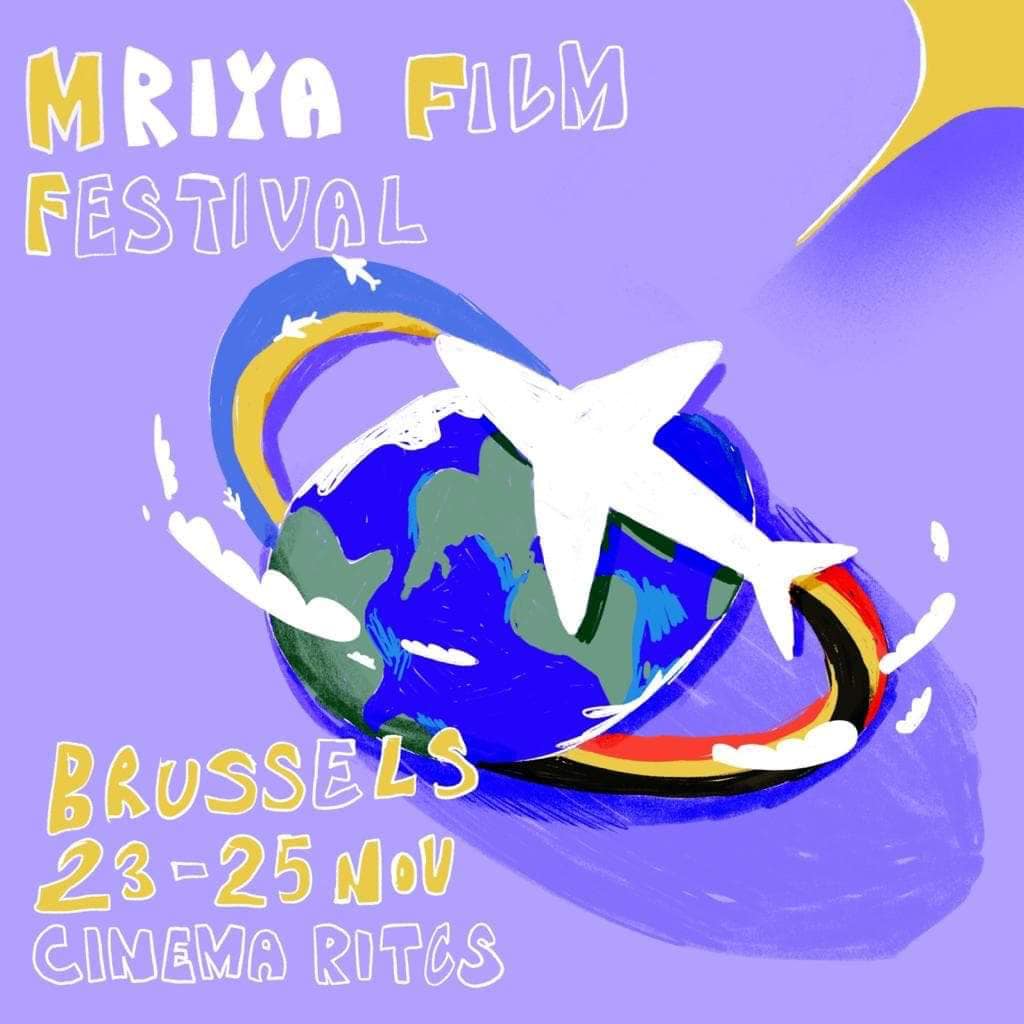 At the end of November, the Ukrainian community in Brussels will hold a Mriya International Film Festival. Promote Ukraine is a co-organizer and information partner of this film festival.

BEST WEEKEND – A love letter to Kyiv. Watch the last film released in Ukraine on the FfU charity screenings

Released in Ukrainian cinemas in the early days of February, the movie by Vlad Klimchuk is a warm rom-com showing Kyiv in all its beauty. 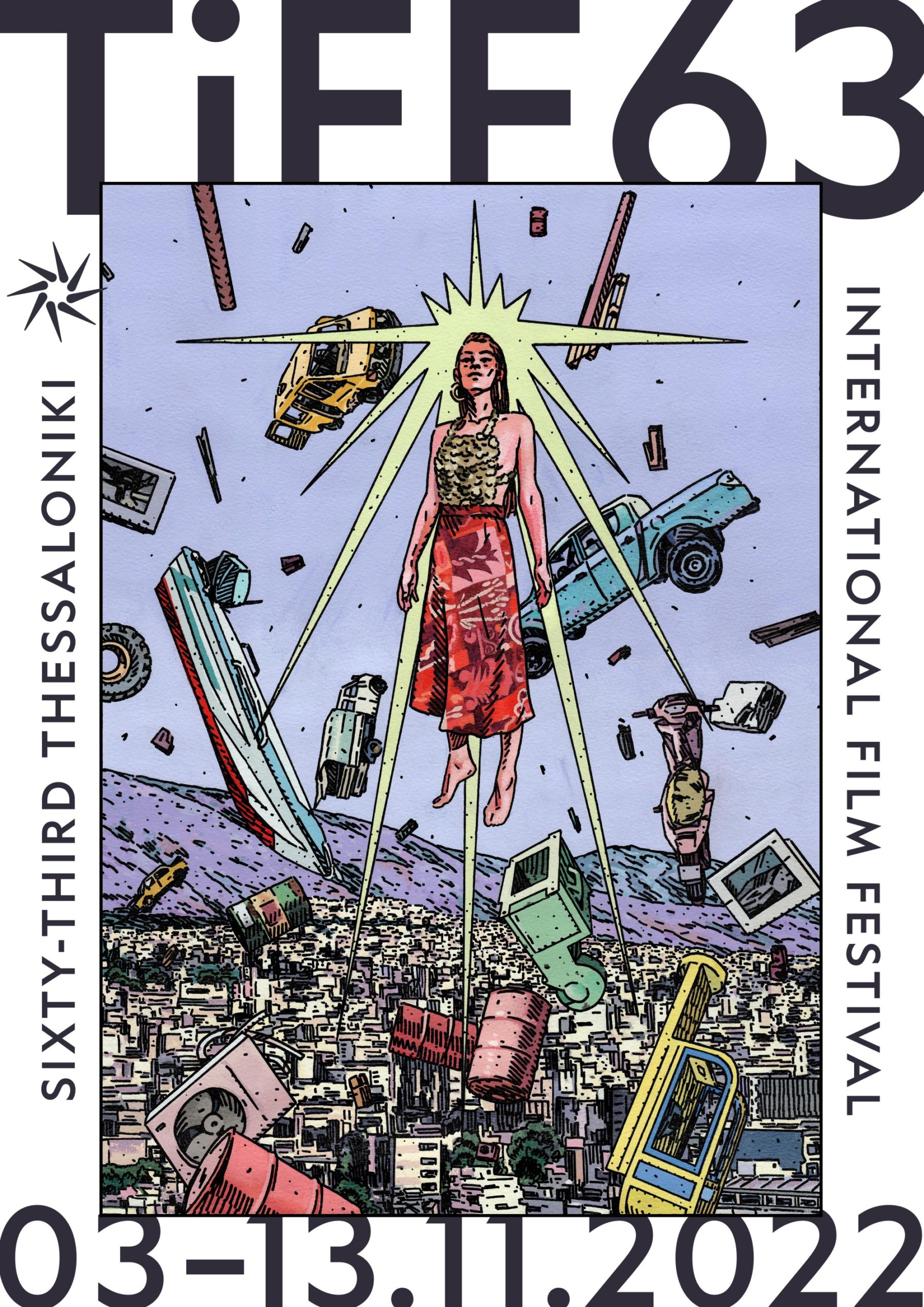 Once again, Thessaloniki International Film Festival shows its support to the Ukrainian cinema by including five films from/about Ukraine in the programme of its 63rd edition. 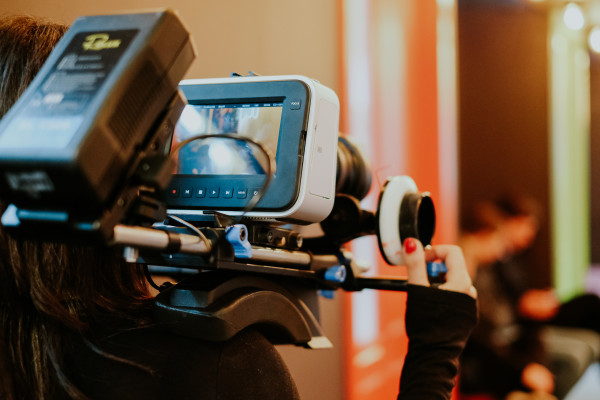 Spotlight, a UK casting agency which connects performers with roles in theatre, television and film productions, recently hosted a Ukrainian Casting Event at The National Theatre in London, which gave Ukrainian performers the opportunity to perform a monologue in front of some of the industry’s most illustrious names in casting and agenting.

Holiday is the portrait of people who demonstrated on Victory Day in a country to which war has returned. WATCH the short documentary film by Zhanna Maksymenko-Dovhych PAMFIR by director Dmytro Sukholytkyy-Sobchuk was the big winner of the 2022 KINOKOLO Awards, which took place despite the ongoing war in the country.
National Film Critics Award KINOKOLO is an annual award that aims to mark the achievements of Ukrainian cinema and film industry figures over the past year on behalf of the Ukrainian film critics’ community. In 2018, the award was presented for the first time as part of the Kyiv Week of Critics. 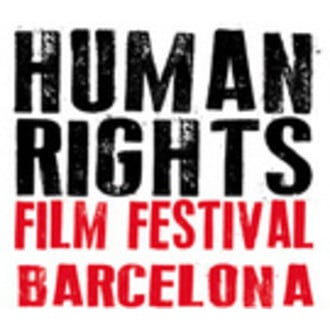 Festival de Cine Derechos Humanos de Barcelona will take place between 1 – 10 December. The call for application is now open and they are very interested in Ukrainian films. The philosophy of the festival is to show films that make us think, awaken our conscience, denounce injustice and reflect the social and cultural diversity of humanity. This is the objective of The Human Rights Film Festival, which will celebrate its 19 annual festival this year. 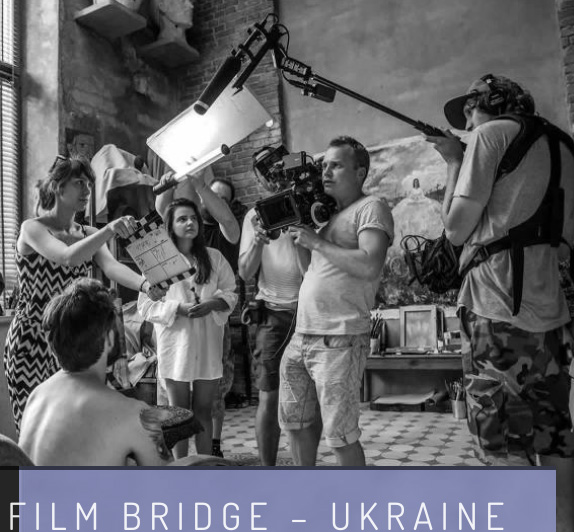 Film Bridge – Ukraine is a proprietary programme of the Wajda School, run in conjunction with the Gdynia Film School, which aims to develop the film projects of young Ukrainian filmmakers. Deadline for submissions: 26th of October.

Ukrainian films and projects at the Warsaw Film Festival 2022

During the 38th edition of the Warsaw Film Festival, events in support of Ukraine and its artists will be held on October 20 and 21, organized under the banner of “Ukraine Day.” 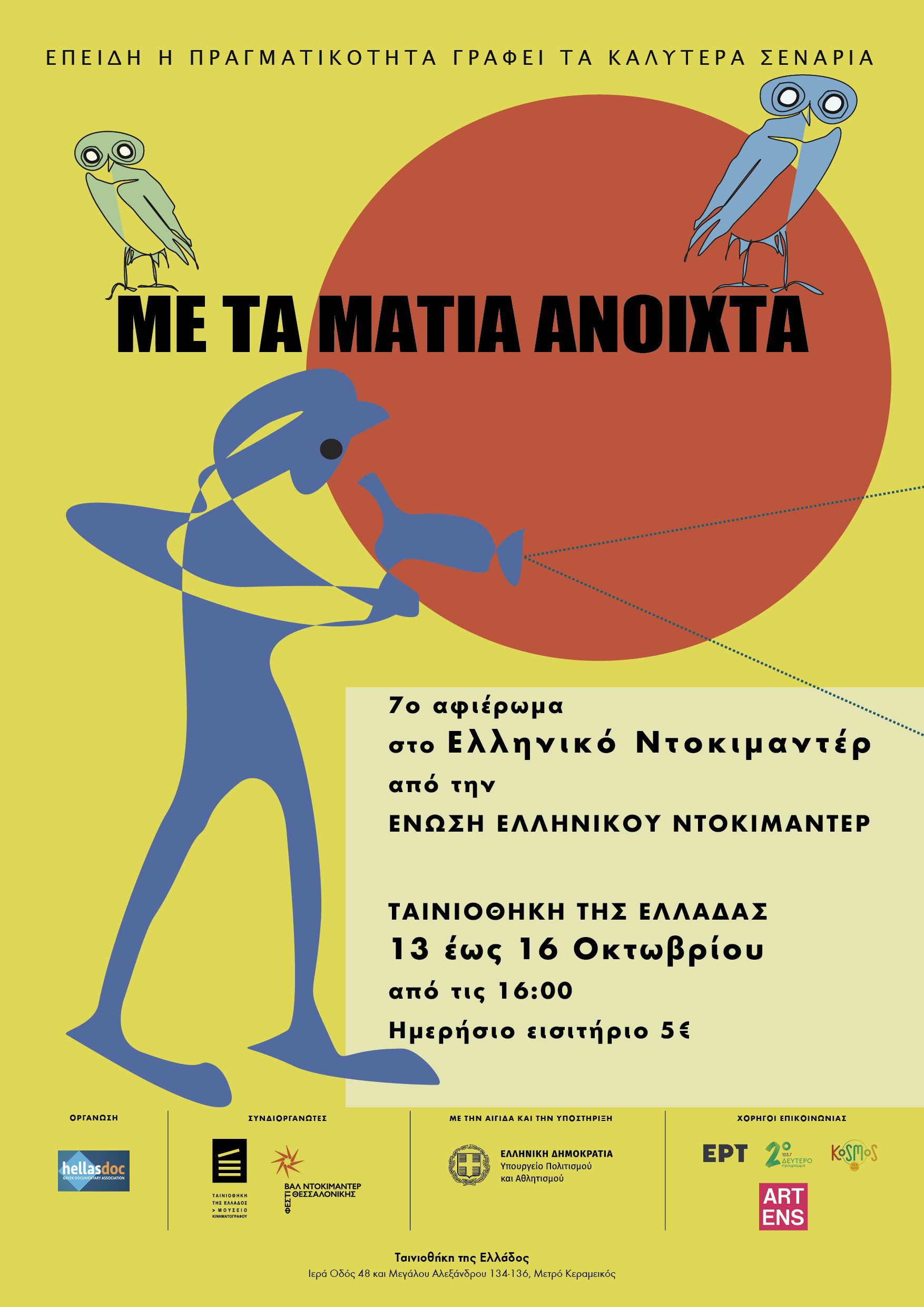 Screening of HOME GAMES by Alisa Kovalenko in Athens – October 15

The screening for Home Games will take place within the framework of the 7th Tribute to Greek Documentary Film – «With Eyes Open», organized by the Greek Documentary Association – Hellas Doc. A masterclass with the director will follow 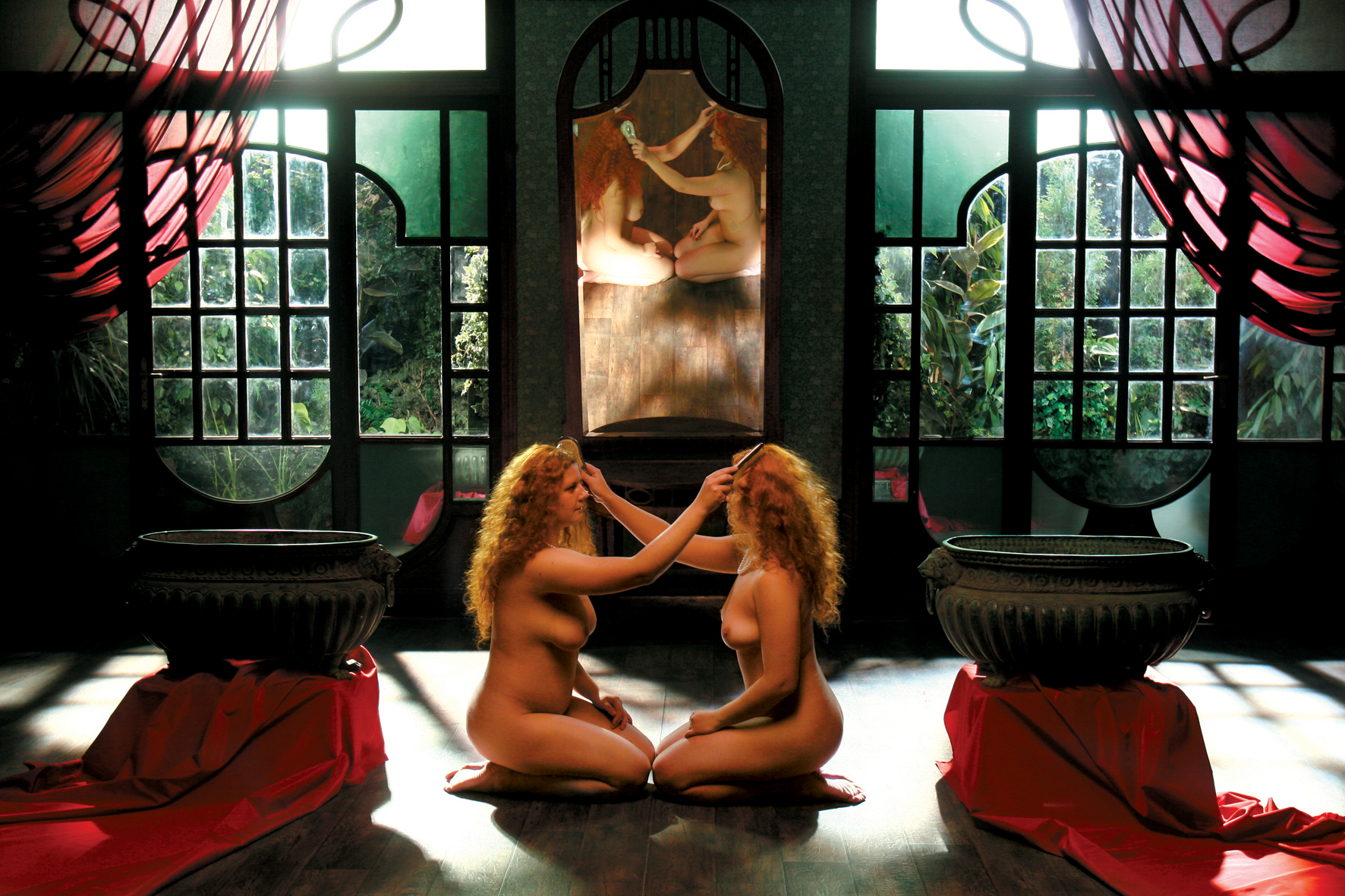 The 2008 psychedelic drama is the first feature by the Ukrainian director. All of his works are now available on the Filmmakers for Ukraine Charity Screenings Platform

American Film Festival, ScriptLab.pl and Polish Screenwriters, together with Crew United and Filmmakers for Ukraine open a call for participants for a workshop ‘Designed Obstacles, Spontaneous Response’ with a legendary writer and director, Joan Tewkesbury.

One LAST Place to The Moon Gallery

One last place to The Moon Gallery is available for a Ukrainian artist displaced in Netherlands. 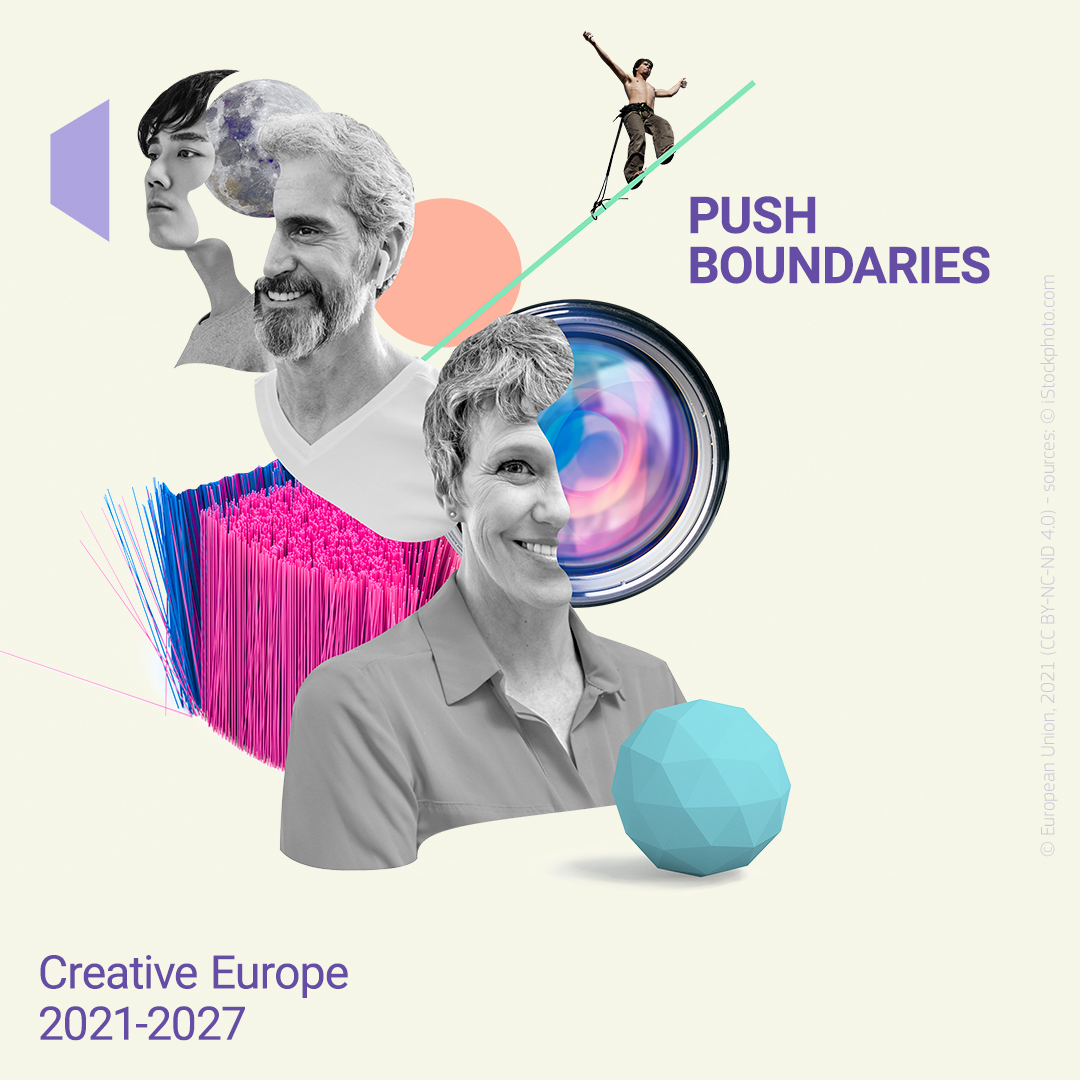 Creative Europe’s $5M EUR special call for Ukrainian projects is open until 29th of October, 17:00 CET (Brussels’ Time). The call is a testimony to the commitment of The European Commission to the cause of Ukrainian artists and cultural operators as well as to Ukrainian cultural and creative organisations in these extremely challenging times.

The initial announcement is available here. 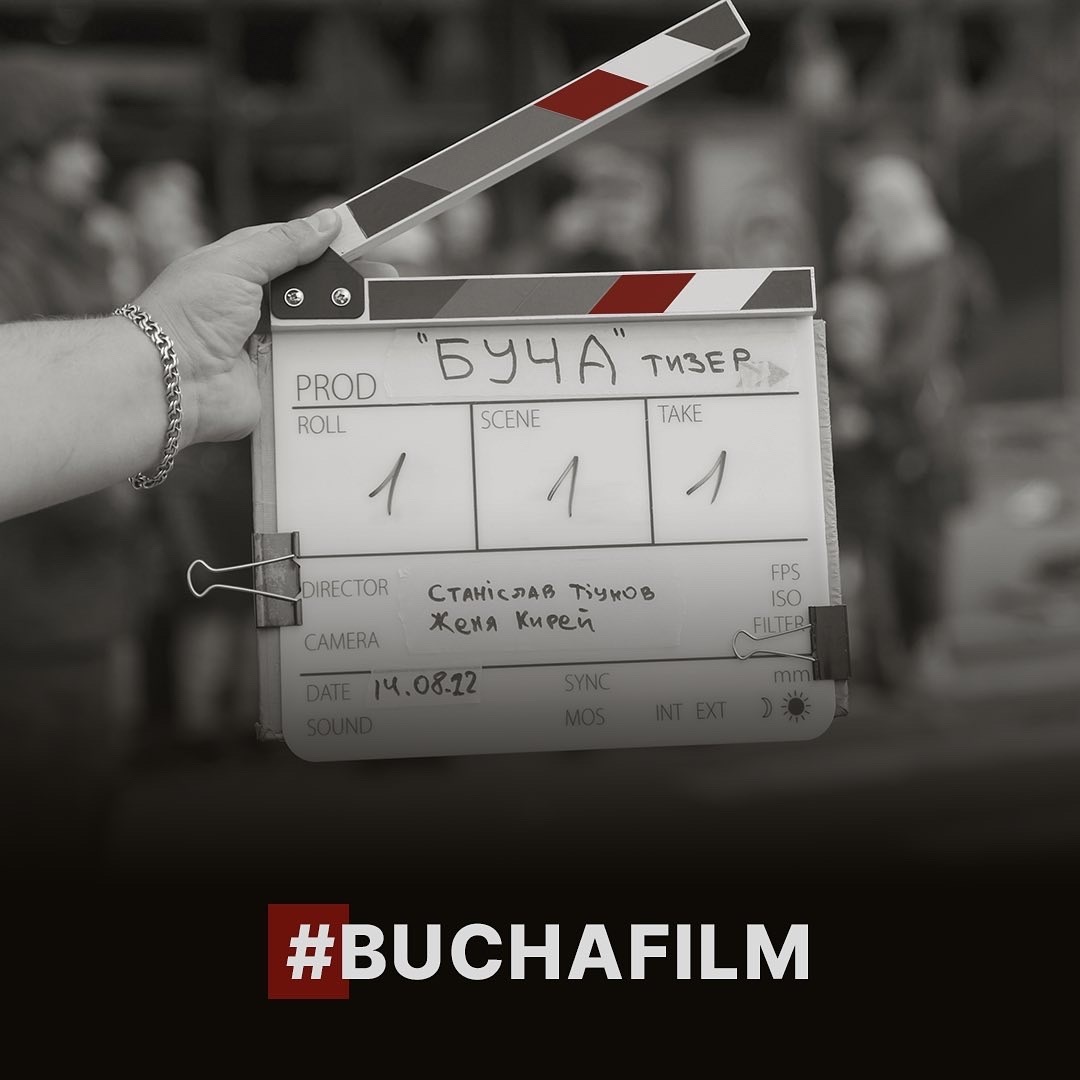 Bucha is a project based on the true story of a man who saved 203 people. Konstantin Gudauskas is a Lithuanian Jew, a citizen of Kazakhstan. An activist who has received political asylum in Ukraine, and lives in Bucha at the start of the war. After the Russian invasion, because of his Kazakh passport and citizenship he was able to travel to the Russian occupied territories and evacuate civilians from there. While saving 203 people, Konstantin observes firsthand the horrors of war and atrocities of the Russian occupation committed by Russian troops – murders, robberies, rape. BUCHA is a film Stockholm IFF selects Oleg Sentsov as honorary chairman of the jury after it has previously announced that Ukraine is the country in the focus at the 2022 edition. Sentsov – who was the big winner at the last year’s Stockholm IFF edition – has put down the camera and took up arms to defend his country. The organisers declared that their decision was made in order to show support not only to the Ukrainian director but to all “filmmakers who are facing severe risk from carrying out their profession”.

This year’s focus on Ukraine was made possible by the support of Swedish Institute.

The full announcement is available here.